The Dog Ate My Cookbook (and Other Excuses for Not Baking) 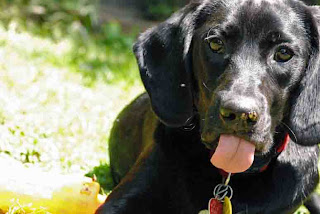 I really intended to do the Summer Fruit Galette TWD assignment this week (selected by Michelle in Colorado Springs). Honestly, I did. Not like last week, when I pretended to be disappointed that my social schedule and rhubarbaphobia kept me on the sidelines.

As soon as I saw galettes described as "rustic," I was committed. In my mind, when you call something "rustic," you may as well be saying, "If it's tidy, you're doing it wrong." In other words -- my kind of activity. 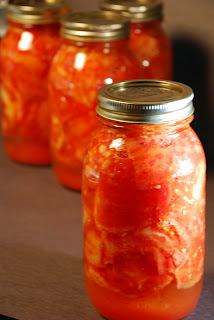 But then a large box of tomatoes appeared on my carport courtesy of the Saint (aka Mom) that had to be canned. So by mid-afternoon Saturday, I had exhausted my culinary attention span (but I had 8 1/2 quarts of tomatoes to show for it).

Oh, the carnage... after all the peeling and smushing required to prepare the tomatoes, my kitchen looked like the beach from the opening scene of Saving Private Ryan. 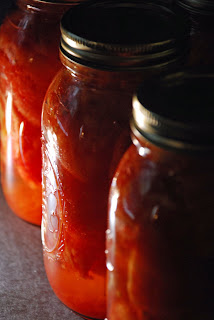 I call this shot "Tomatoes Noir." All I need is Fred McMurray, Barbara Stanwyck, and an ankle bracelet to complete the recipe for a dark vegetable narrative to make even Michael Pollan shiver.

After losing my Saturday to canning tomatoes and drying figs (that's another post altogether), the galette was postponed to Sunday. "I have all the stuff," I reasoned. "I'll just go for a nice bike ride in the morning, which will give me the energy to bake in the afternoon."

But the "nice bike ride" ended up being 17 miles in 95 degree heat and included this: 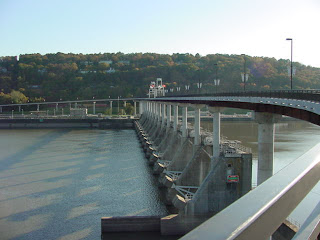 Sunday afternoon became all about lying on the couch, whimpering.

This weekend, I shall attempt to execute a flawless TWD double forward flip and produce not only the Summer Fruit Galette, but also next week's Black and White Banana Loaf. Here's hoping I can stick the landing.

Oh my god, I have been craving canned tomatoes all summer. But they are literally $5/lb here! At that rate, I could ship two cases of canned tomatoes from an organic hydrophonic greenhouse in Antarctica and still pay less money.

The galette is really good, though. You should definitely try it out.

My Dorie cookbook just showed up the other day and I've been trying to get up the nerve to join the TWD group... and convince myself that baking something at least twice a month won't make my ass any larger than it already is...

The galette is very good, so I hope you can get a chance to give it a try. Nice work with the tomatoes.

MacDuff -- my mom is my dealer. She can usually hook me up for about 30 cents a pound.

PC -- you should DEFINITELY join up. Your posts would be great reads! Can't make any promises about ass consequences, though.

Pamela -- I definitely will, especially after reading the other blogs (yours looks fantastic!).

Your post cracked me up - especially the double forward flip! And the dog is adorable indeed.

Enjoy the galette - it's really tasty.

Nancy
The Dogs Eat the Crumbs

Love your pictures of the tomatoes! I can't wait for ours to finally ripen.

Do try the galette sometime when you are less busy -- it was wonderful!

Cute dog! ....and I think canning all those tomatoes totally excuses you from the baking.