Today's Tuesdays With Dorie challenge was Cherry Rhubarb Cobbler, selected by Amanda at Like Sprinkles on a Cupcake.

Ahhh, rhubarb... how very southern. Rhubarb pie... rhubarb jam... frost on the rhubarb... how could any self-respecting Suth'n girl pass this one up?

By having an weekend that's already filled up with an overnight retreat, an art opening, and a cocktail party. That's how.

So yes, I bailed on the TWD assignment this week. In the interest of full disclosure, I wasn't looking forward to it and may not have attempted it anyway, even if there had been time. I'm just oddly intimidated by rhubarb. I've never tasted it -- but I can't get past the fact that it looks like red celery.

So instead -- I'll respond to my very first meme!

MacDuff of Jon and MacDuff in Boston tagged me last week. I immediately went out and bought a whole new wardrobe, because this clearly elevates my status in the blog world, and my apparel must reflect this change. I now blog in satin jammies instead of flannel. I would personally thank MacDuff, but I'm now too cool to correspond.

(That was a joke -- in all honestly, MacDuff's was one of the few TWD blogs for which I set up an RSS feed, even before I was tagged. It is consistently a real pleasure to read.)

Here are the rules. For those who have been following my TWD mishaps, you'll be relieved to know that I didn't follow these instructions to the letter, either.

1. Link to the person who "tagged" you. (see above)
2. Post the rules on your blog. (see..well, right here)
3. Write six random things about yourself. (see below)
4. Tag six people at the end of your post. (see note)
5. Let each person know that they've been tagged by leaving a comment on their blog. (see note)
6. Let the tagger know your entry is up. (will do as soon as this is posted. really)

NOTE: I have learned over the years to totally embrace my neuroses. It has served me better (and with fewer pharmaceuticals) than trying to actually fix them. One such neurosis is my pathological avoidance of "imposing" on other people -- which pairs well with the equally pathological perception that everything I do is an imposition. That's why I didn't tag anyone else. No, it doesn't make any sense, since I don't feel like my own tagging was an imposition, but that's another neurosis altogether. And if I carry this part of the post any further, I'm going to have to pay each of you the going hourly rate for therapy, so let's just move on. 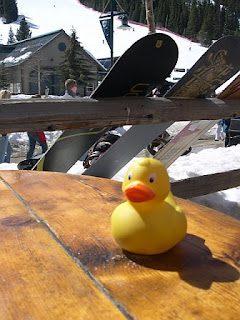 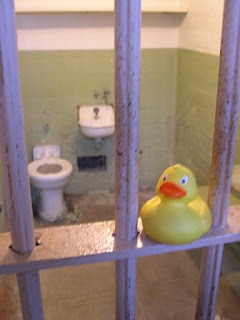 I know that my #6 is cheating, but considering how much I revealed in the note above, I figured you'd be looking for a respite.
Brain dump by Kelly at 8:20 AM

Wow. Not only do we share the red celery phobia, we also travel with small inanimate objects to photograph:

Maybe we can share a cell when they finally decide to commit us.

This is hilarious! And I was skeeved out by the rhubarb also. Thank you for the shout out - I have your blog on RSS feed as well. Always a pleasure to read. You should put up some pics of your art opening!